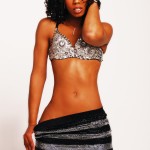 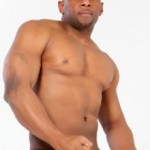 (LOS ANGELES—March 17, 2012)
Sexy ebony dynamo Misty Stone and “The Black Assassin” himself Prince Yahshua will be energizing the Roxbury Hollywood nightclub for a joint birthday bash this Friday, March 23rd.

The bash will be attended by a slew of adult stars and friends of the hosts, whose performances in a bounty of recent mainstream and adult blockbusters and have endeared them to fans and critics alike.

“I can’t wait to have my own ‘Night at the Roxbury,’ we’re gonna be partying all night long baby!” said Stone.

“I’ve been hard at work all year, it’ll be great to take five and unwind” said Yahshua.

From starring in some of the year’s biggest adult films, to starring in Cinemax series “Co-Ed Confidential” and attaining her own Fleshlight, savory Misty Stone has broken down casting barriers and enamored herself to fans and critics across the globe in recent years.

Yahshua has charmed fans and critics alike with his unmistakable presence, and he recently won the 2012 XBIZ Award for Best Comeback of The Year and was nominated for three 2012 AVN Awards, including Male Performer of the Year. Yahshua is starring in the recent “Interracial Heaven” for Silverback Entertainment, ” “Showgirlz” for West Coast Productions, “Black Romance: Color Of Love” for West Coast Productions and “The Black Out 2” for Silverback Entertainment.

Roxbury Hollywood is located at 1661 Ivar Avenue, south of Hollywood Blvd in the heart of the Hollywood club scene. Doors open at 10:30 PM.

Media wishing to cover the event may request credentials at media@galaxypublicity.com.

About Prince Yahshua
In the world of prolific male talent, few can approach the success of performer Prince Yahshua. With over 300 titles to his name, the Chicago native has worked with most of the top talent and studios in the adult industry. In 2008 he went behind the camera to direct his first title “Black Assassin.” He then went on to found his own company, SilverBack Entertainment Inc. His recent releases include “A Touch of Seduction” for Wicked Pictures, “Hitchhikers 2″ for West Coast Productions,”The Black Out” for Silverback Entertainment, and “Interracial Heaven” for Silverback Entertainment. Yahshua is a two time AVN Award Winner and received The Urban X Awards’ 2010 & 2011 Male Performer Of The Year.

For more information, or to arrange an interview please contact James at Galaxy Publicity: 310-652-0770 or mailto:james@galaxypublicity.com