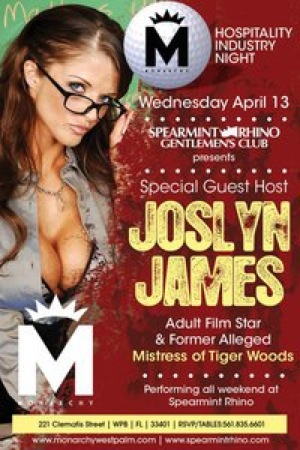 Wednesday night she’ll be hosting a hospitality industry night for Monarchy Wednesdays at the Spearmint Rhino Gentlemen’s Club in West Palm Beach. She’ll be appearing at 10 o’clock and the party keeps on rocking until 3 in the morning.