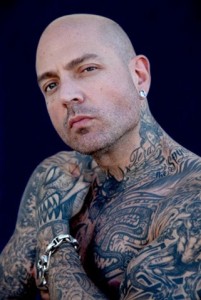 LAS VEGAS—Evan Seinfeld, owner/founder of RockStarPornStar.com and Iron Cross Entertainment, will be the celebrity emcee at The Biggest Tattoo Show on Earth, taking place in Las Vegas at the Mandalay Bay Convention Center on Oct. 1-3. The inaugural run of the convention in 2009 drew 50,000 fans, artists and musicians—a number that should be easily surpassed this year.

The front man and bassist of Biohazard and the Spyderz, Seinfeld will be in attendance with his girlfriend, Wicked Pictures contract star Lupe Fuentes, fresh off an appearance together on Howard Stern’s radio show. Also scheduled to join Seinfeld are rocker Tommy Lee, actor Sylvester Stallone, and a slew of renowned tattoo artists.

Making its inaugural bow last year, the tattoo show show draws the top tattoo artists from around the world to participate in an event put together by Mario Barth, owner of Starlight Tattoo. Countless trophies and awards will be given out in every conceivable tattoo category.

Seinfeld and Fuentes will be hosting several of the hottest parties in Vegas that week, including a huge blowout on Oct. 1 at Barth’s King Ink Tattoo lounge in the Mirage. For more information, check out TattooExpo2010.com.