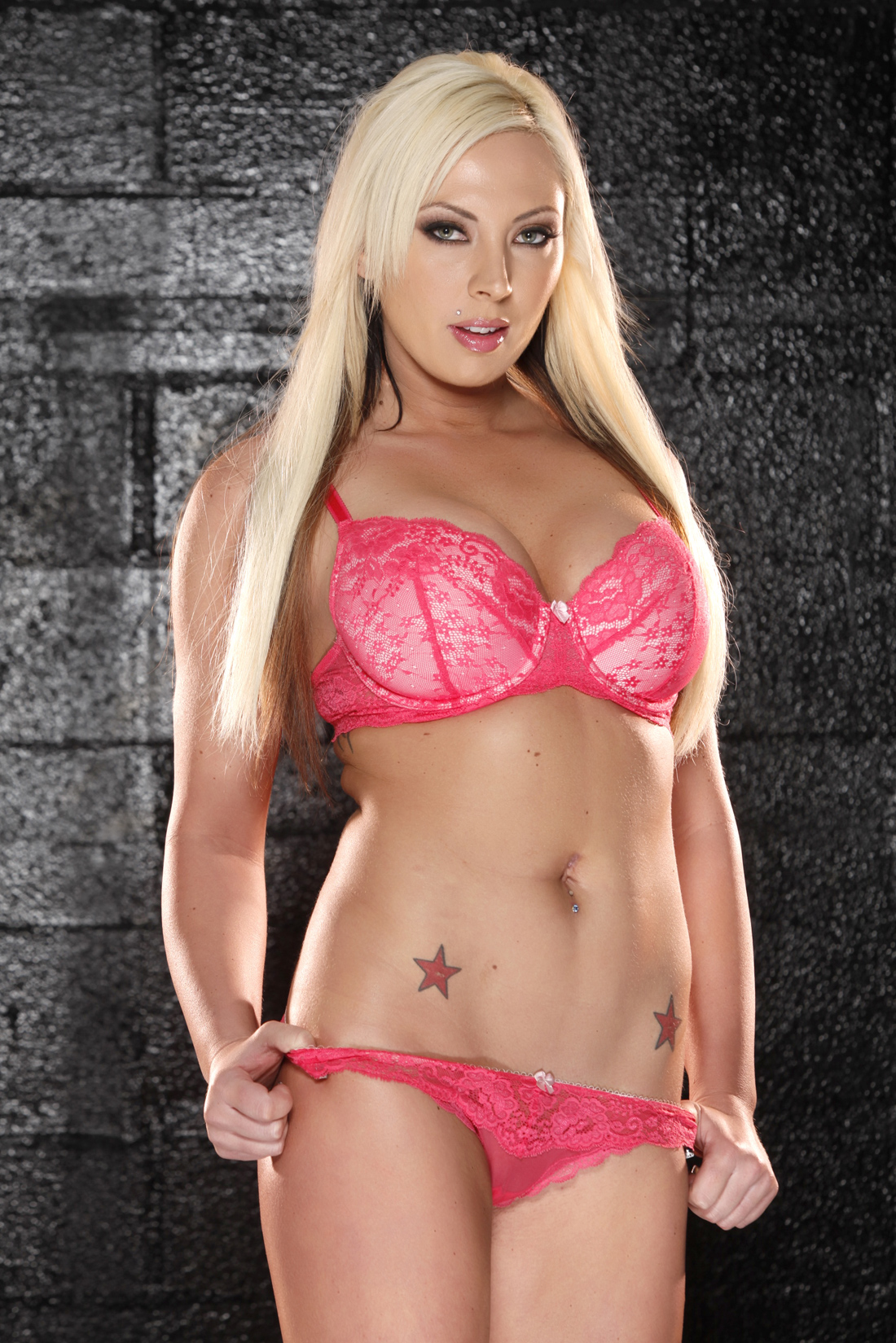 You can follow Skylar on Twitter at www.twitter.com/SkylarPriceXXX. For booking information, please visit L.A. Direct Models. To schedule an interview with Skylar, contact Alexander Raymond at Star Factory PR.

(On that note, special thanks to Alexander Raymond of Star Factory PR for arranging the interview)

Q: You broke into the industry by making the cast for a Playboy TV reality show, is that correct?

A: Yeah, that’s pretty much how it happened. I used to be in pharmaceutical sales and I lost my job there. I was working as a bartender and dancing and stuff. Playboy TV was casting in San Francisco and I was like, “What the heck? I’ll try out.” And I made it. The reality show was called Foursome – basically, they put two guys and two girls in a house together. The goal is that they want everybody to hook up. In the interim they do activities and stuff. One of the activities they did is they took us to Kink.com, which is in San Francisco, and I was hogtied – and the rest is history. (Laughs)

Q: How long have you been in the adult business?

A: It’s been about a year and a half. However, since September 2010 I have been working with a new agency and getting more into it. Before that I was still living in San Francisco and I wasn’t really sure this was the path I wanted to go down. But since then I have decided that this is what I really want to do and I’m now making all the effort to be as successful as I can. I’m living in L.A. part-time and San Francisco part-time and I’m able to get more work.

Q: You mentioned your work with Kink.com. Can you tell us about some of the other films you have appeared in?

Q: Do you enjoy being an adult film performer?

A: Yeah, totally – I definitely think I’m meant to be a performer. (Laughs) I’m very outgoing and social. I’m a confident person. It’s really fun. It’s unfortunate that a lot of people outside the business don’t really understand what the industry is like. I think a lot of people believe it is some dirty, weird thing where you’re in a basement with some Joe off the street or something. (Laughs)