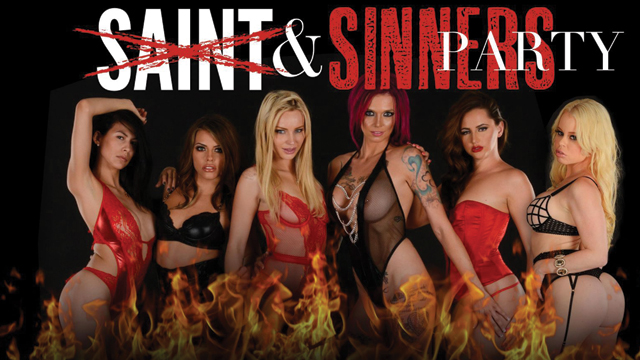 The AVN Expo boasts more than 500 adult stars who will be in attendance, more than 150 exhibitors showcasing their products and services, 15 exciting parties, numerous networking events for industry to have quality face time together, and a plethora of educational programs designed to teach industry newcomers what it takes to grow and succeed.

The show dates are as follows:

Called “the CES of sex toys” by Wired magazine, the AVN Novelty Expo (ANE) will once again take over the Paradise Tower, and will be restricted to trade attendees. ANE’s continued growth and success gives opportunities to businesses to expand their relationships, learn new trends, and meet all of the important people and companies in the industry. Exhibitors will feature new products, and there will be workshops, seminars and industry events for everyone in the novelty sector.

All industry personnel may book hotel rooms in the Paradise Tower (rates start as low as $129 per night). To reserve click here.

Adult stars, webcam girls and adult models have the unique opportunity to network and do business with clients as well as meet and take photos with the fans and sign at this one-of-a-kind show, which incorporates the AVN Novelty Expo (ANE) and the AVN Awards Show into the four-day event.

The four-day 2016 trade seminar schedule will address a spectrum of relevant subjects, each with a panel of speakers hand-picked because of their expertise or passion for the topic at hand. AVN Media Network will once again hold its fan seminar program, which will touch on a variety of topics, including interviews with Best New Starlet nominees for the 2016 AVN Awards, a Q&A session with top male talent and more.

The 2016 AVN Adult Entertainment Expo sets the stage for the 33rd annual AVN Awards Show, which will be held Saturday, January 23, 2016, at The Joint inside the Hard Rock Hotel & Casino Las Vegas. The annual AVN Awards Show is a gala event recognizing adult content, individuals, and companies that exemplify excellence in the industry.
Please note that a separate ticket is required for admission to the AVN Awards Show.

All information about the largest adult entertainment expo in the world can be found at AVNShow.com.