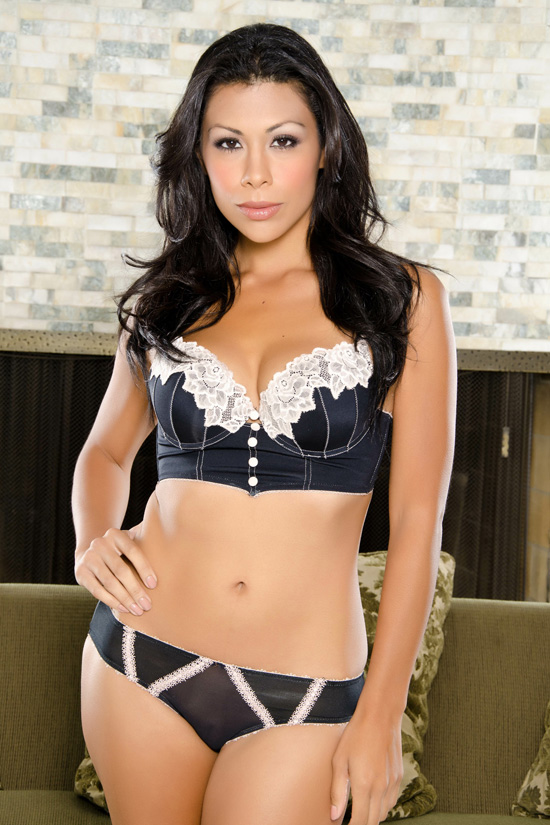 L.A. Direct News: When did you start in the adult industry?

Cassandra:  May 2006.  It was with Mike Sullivan for Frank Wank.  It wasn’t what I expected. I was expecting a young, hot blonde guy and he said ‘no, it’s with me,’ but it was a good scene, and we’ve stayed friends since.

L.A. Direct News: Who are your favorite performers to work with?

L.A. Direct News: Do you prefer to work on features and parodies or gonzos?

Cassandra: It depends. I enjoy the scripts and acting, but some are kind of corny. I enjoy “real acting.”  Some features that aren’t corny are better.

Cassandra: I put way more effort into my work. At home, I’m more laid back. When you’re at home, it’s more about companionship.

L.A. Direct News: Do you think that a career in adult film can hinder you from working in the mainstream world?

Cassandra: That’s a BIG YES! It has and it’s unfortunate. It doesn’t make you a bad person to make the movies we make. I have brains and I can contribute more to the world than just porn. I’m good at a lot of things. I’d love to work a lot more in television and mainstream films. Squatters was my first mainstream movie, and I got my first SAG check. I had a scene with Thomas Dekker for director Martin Weisz. I was very nervous but I got my own little trailer and they treated me really great. I’d love to do more. I get really intimidated around mainstream actors but everybody from the director to the assistants assured me that I did a great job.

L.A. Direct News: When you have a long day and night on the set, what do you do to keep your scenes “fresh and energetic?”

L.A. Direct News: Latina women are so passionate and fiery in their scenes on camera. What is it about Latina women that make them such great lovers?

Cassandra: I don’t know. A lot of Latin women are actually submissive and want to please.  I was raised in a strict household and look at me now – wow!

L.A. Direct News: What changes, good or bad, have you noticed in the adult industry since you started?

L.A. Direct News: What’s your favorite item of clothing in your closet?

Cassandra: I have A LOT of shoes, but I don’t have a favorite. If I could wear nothing, I would LOL. If I could be naked all the time, I would.

L.A. Direct News: What do you do in “free time” off camera?

Cassandra:  I go on hikes, play with my dog and cat and watch TV. I like girlie stuff like getting massages, manicures and pedicures. Although I like the  girlie stuff, I’m also an outdoors person too.

L.A. Direct News: What is your streammate site?