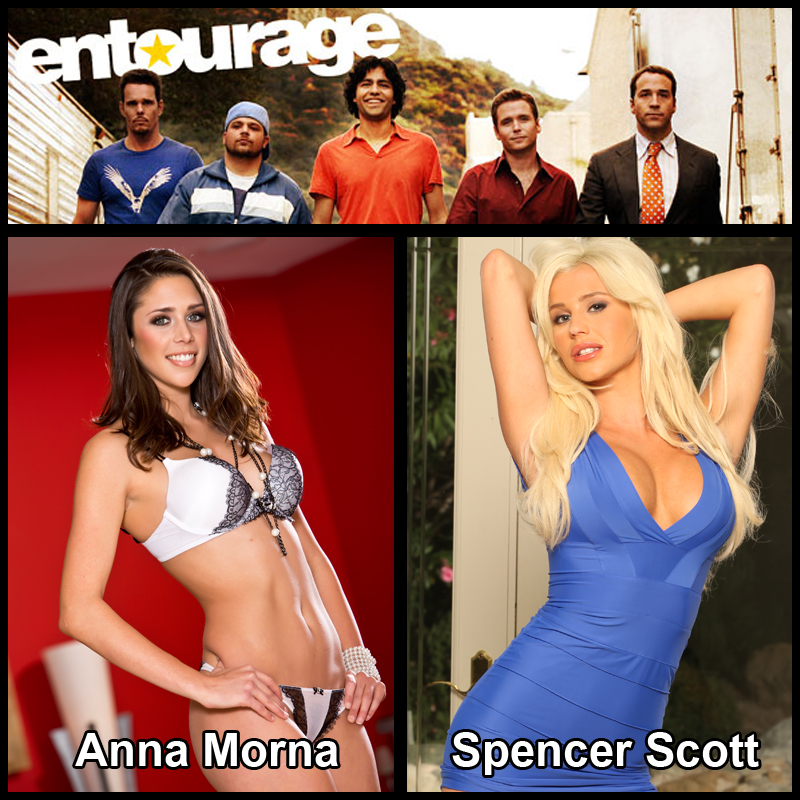 (March 27, 2014 Los Angeles, CA) LA Direct Models Spencer Scott and Anna Morna have scored an enviable role in the upcoming big screen version of the popular HBO series, Entourage.  Both girls appeared with the show’s stars, in a steamy scene that will sure to go down in the annals of crossover appearances for the adult business.

“Anna and I were basically ‘hotel’ girls hooking up topless with Haley Joel Osment (The Sixth Sense).” Scott explains, “Jeremy Piven’s character walks in when we are partying.  Getting to meet Jeremy and Haley was great.  Haley was very sweet! We had such a blast and I was a huge fan of the show!”
Morna adds, “It was a great experience.  The director and the crew were very nice and easy to work with.  I was a huge fan of the show when it was on HBO!”
Entourage the Movie is produced by Mark Wahlberg and stars the cast of the HBO series such as Adrian Grenier, Jeremy Piven, Kevin Connolly, Jerry Ferrara and more.  Entourage is directed and written by Doug Elin.  Entourage is expected in theaters June 12, 2015.
To see more of Anna Morna, follow her on Twitter at @AnnaMornaXXX.  To see more of Spencer Scott, follow her on Twitter at @Spencer_Scott.  For more information on both models, visit www.ladirectmodels.com or call (323) 850-1460.  Follow LA Direct Models on Twitter at @DirectModels.