For all the cries of “get a real job” from the mainstream, a disappointing number of adult performers who have done precisely that continue to find that gaining such employment can be easier than retaining it. 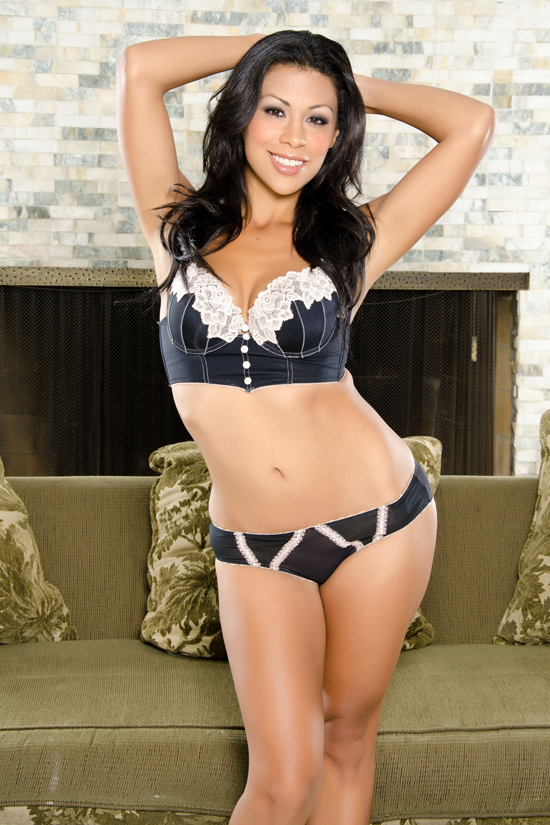 Cassandra Cruz is one of the most beautiful Latinas ever to appear in an adult movie, but that didn’t save her job as a marketing professional when the company she worked for found out. Of course, that company was Disney, and given that the unofficial corporate motto is, “Don’t fuck with The Mouse,” perhaps it’s not surprising. While this isHollywood, an on-camera DP-indulging marketing team member probably doesn’t fit with Disney’s squeaky-clean image.

Now the 20-something Ecuadorian/Peruvian/American fromNew York City is making the most of her career in flesh flicks… and exploring more of her increasingly creative sexual fantasies.

“I did my very first DP recently and I really enjoyed it and it sort of opened my eyes that I might want to do that more often, because it felt really good. Plus, I really want to get gangbanged.”

Signed to LA Direct Models, Cruz says of her parting from Disney, “Even though I never mentioned it, Disney didn’t think it was cool that I loved having sex and making dirty movies, so they fired me from their marketing department.”

The drama didn’t end there, however. Simultaneously, Cruz and her then-husband were going through a break-up that ultimately make it to both TV’s Divorce Court and Intervention, during which she tried to help her husband get sober.

Things are looking up now, however.

“People are telling me this is the best I’ve ever looked and that makes me really happy, because I work hard at it,” Cruz observes. “Plus, I really love performing in movies now much more than ever before, because I can truly let myself go and really enjoy the sex.”

Directors and producers, take note, because Cruz has a special wish.