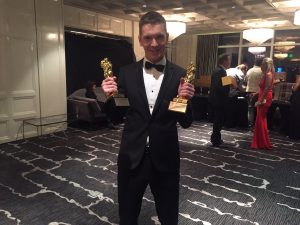 Over the years, the AVN Awards have become a famous staple in Las Vegas, while being housed in almost every major hotel on the strip. Starting in 1984, the show has grown drastically over the years and is now broadcast each year on cable to millions of viewers. The show allows adult and mainstream celebrities to come together once a year to celebrate the achievements of one of the world’s most profitable industries. In 2012, the AVN Awards took up residence in The Joint at the Hard Rock Hotel & Casino and returned for a sixth straight year in 2017.

Markus Dupree is represented exclusively by LA Direct Models. You can view more about his availability for production by clicking here.

Kelli Roberts is a webmaster, author and AVN nominated producer who has worked in the adult industry since 1996.