In order to accommodate the anticipated turn out, this event will be held at Opera located at 1650 North Schrader Blvd, Hollywood, Ca. Opera is the Hollywood hot spot and will be the place to be on September 17, 2009.

In addition LA Direct Models has agreed to be a sponsor of this event, and they will be bringing by many of their models to celebrate this festive occasion.

As with the other xPeeps parties, this will be a red carpet affair. Only pre-approved media will be permitted to cover this event. Stars or media wishing to attend email dan@pornodan.com or kingryanevents@aol.com. Opera is located at 1650 North Schrader Blvd, Hollywood, CA 90028 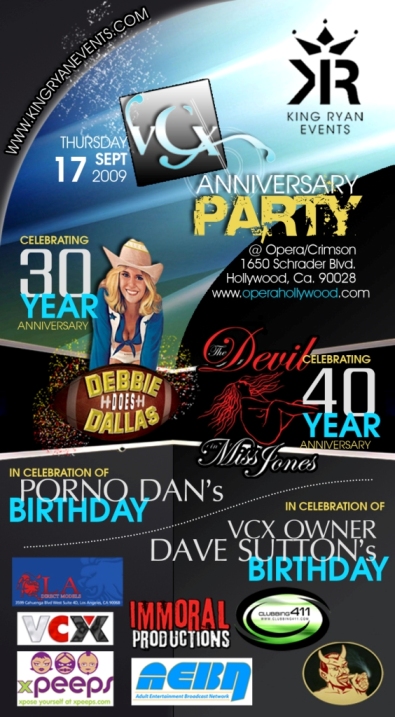