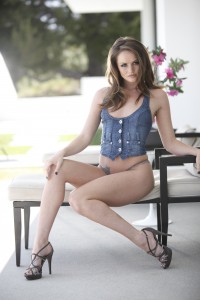 VAN NUYS, Calif.—Tom Byron Pictures has brought Lord of Asses back. And this time, among the women gathered to pay tribute to his lordship is AVN’s 2010 Female Performer of the Year, Tori Black.

The new title, Lord of Asses 15, will be available through major retailers everywhere on Oct. 7. In addition to Tori Black, an eye-catching cast—Amy Brooke, Jennifer White, Jynx Maze and Marie Luv—has been assembled to take a backdoor pounding from the “lord” himself, Tom Byron.

“It is amazing how long Lord of Asses has lasted,” Byron said. “I am surprised Tori Black has never been featured. It is good to have her starring in another one of my series.

“All of the girls were great,” Byron continued. “I try to only get the best for Lord of Asses. This movie was especially easy because I have been working Jennifer White and Jynx Maze lately in movies like Worship My Schoolgirl Ass and Creature Feature; plus, Amy Brooke and Marie Luv were great as well.”