L.A. Direct News were really happy to sit down and talk with the lovely Latina Adult Film Star Laurie Vargas. Laurie always seems to be in a good mood, and is always in the mood for you know what, but read on and find out more.

L.A. Direct News: Welcome back. You’ve been gone for awhile, but now you’re back working in the industry. What have you been doing?

Laurie: I’ve been in living in New York, and traveling overseas and seeing the world. I’ve really missed the industry, and I love New York, but I know the majority of work is here in Los Angeles. So, I’ll be living on both coasts and coming out here to do the majority of my work. I am filming content and compiling photos for my new official website, laurievargas.com, that is launching soon. I just want to say I’ve missed you all so much, but I’m back now, and can’t wait to be working with you all again.

L.A. Direct News: What are your new goals now in the adult industry?

Laurie: Well, as it changes, I’d like to be a part of the change, and contribute to keep it alive. I see that there are a lot of new faces and companies around.  There seem to be a lot of restrictions with this condom law, and the piracy online. I really care about the industry, and want to do my part to keep the fans coming back for more.

L.A. Direct News: You’re famous for your very hairy pussy. Have you shaved it? Or is it still really hairy?

Laurie: I have trimmed it, but it’s still there LOL. I’ve kept the way I’ve always had it. I like the “retro” look of a natural, hairy pussy, but I’m also aware that it needs to groomed properly. People always ask me about my hairy pussy. I say it’s because I like to keep my pussy hairy because back in the 70’s and 80’s, the stars I love from that era had hairy pussies. They didn’t shave them, and I love that era, and it’s my way of returning to that “classic” look. It’s a nice twist to modern porn shoots don’t you think?

L.A. Direct News: Who are your favorite performers to work with?

Laurie: I like to work with everybody, and men and women. It’s part of my job to be flexible and work with anybody.

Laurie: It was a church. It wasn’t a priest. It was a regular guy, who was assisting in the service. We were in his office adjacent to the church, and we did it. I dated him for awhile. It wasn’t really dating actually, he was more of a sex buddy. I’m sorry, but I don’t feel guilty about it. I felt comfortable doing it. It was just one of the places where we did it. You did want to know the wildest place I did it. That’s pretty wild huh? lol 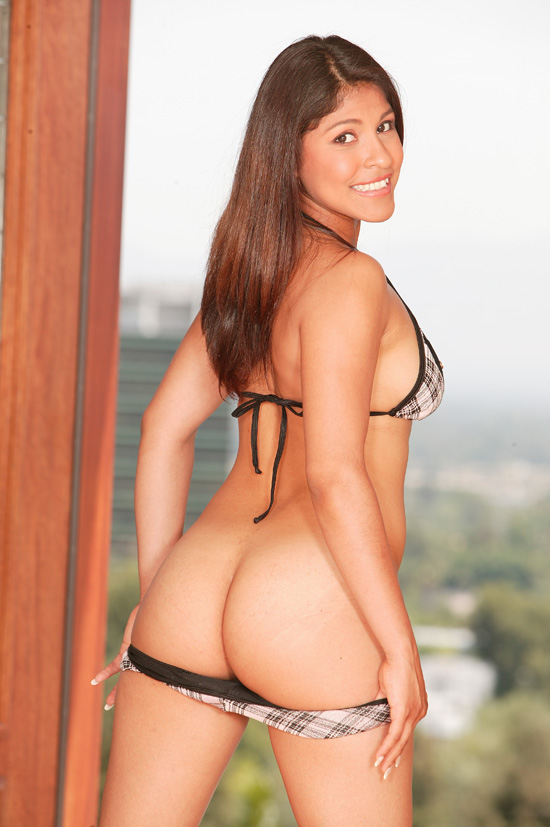 L.A. Direct News: What do you do in your “spare time”?

Laurie: I travel, read books. I can read French, Italian, Russian, and of course Spanish.

L.A. Direct News: If you had a chance to do anything, What would be your “dream scene” be to do?

Laurie: That’s a good one. I guess it would be shooting in Japan. They seem to be extremely sexual people.